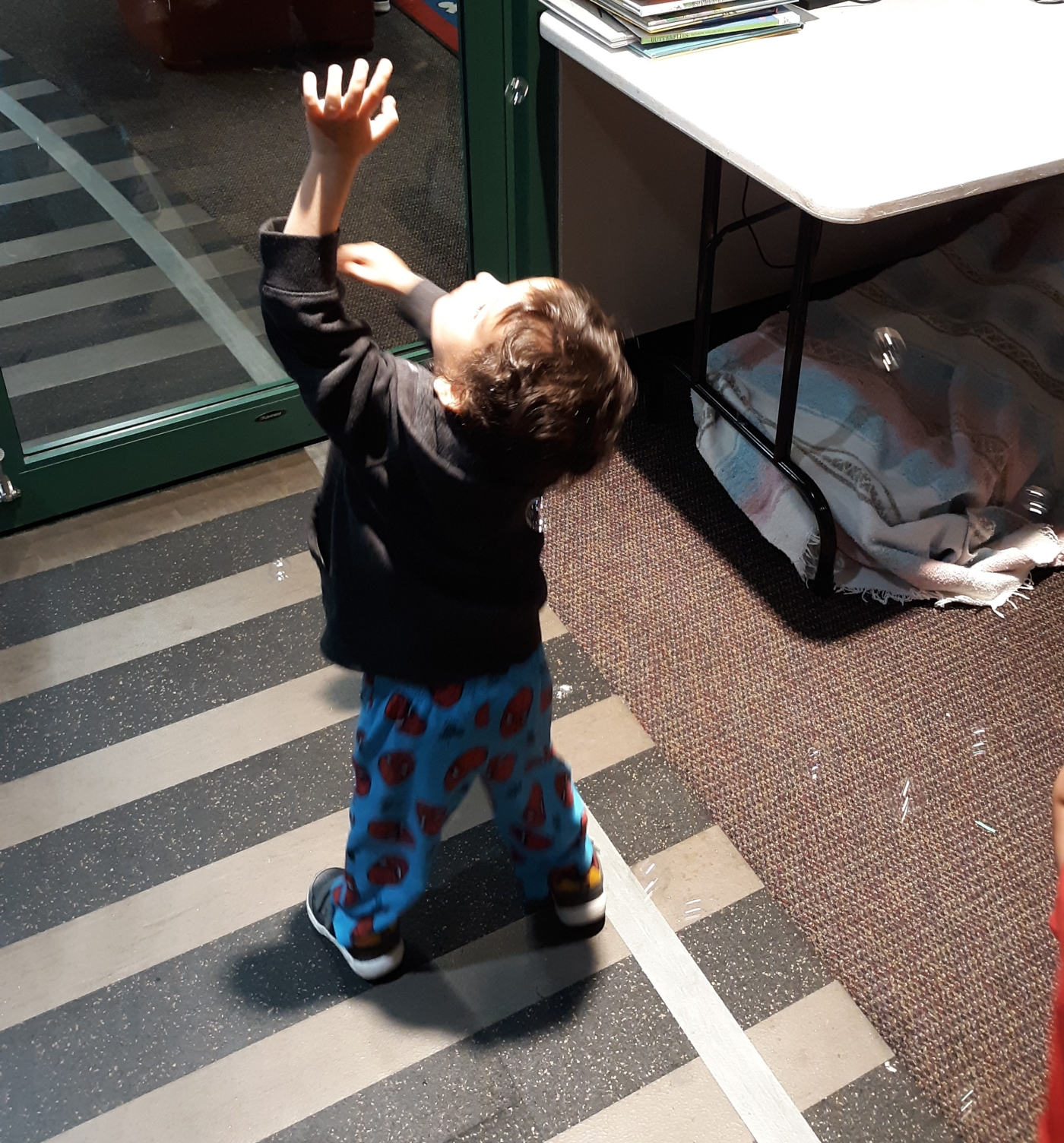 As a father of two young boys, with one of them also having developmental issues, I’ve taken the time to read plenty of parenting books. I’ve read everything from “What to Expect When You’re Expecting” to Bill Cosby’s “Fatherhood” (and wished I could have been drugged before reading it). I have plenty of questions about how I need to do this job, but the only problem is that there hasn’t ever been anything truly helpful in these books. Sure there have been some useful tips here and there (just minor things), but the major stuff I needed help with, I never really found anything that really worked or it didn’t apply to my particular situation. Of course these books tell you that they have the answers and that there are normal rules you need to follow that will work if you try them. However, if there’s one thing I’ve learned in my search and in my experience raising kids it’s that, when you’re a parent, the normal rules don’t ever seem to apply. Funny enough then, when I was reading a book about quantum mechanics recently, I read that exact same principle. Scientists have realized that, even though we can have certain laws of physics that seem to explain things at our normal level of physicality, when you get to the quantum level (where things are incredibly tiny) the normal rules of physics don’t apply. So I began to wonder. Are we, as parents (and larger beings), taking the rules and ideas that we think should work for normal people and applying them to our children (tinier beings) even though the rules really won’t apply? Can we be better parents by applying theories from quantum physics to our child rearing practices? I don’t know that for sure, but I’m amazed that there seem to be a lot of parallels between parenting and quantum mechanics.

Let me give you an example. While there are plenty of times my boys want me to look at them and watch what they’re doing, there are also many times when they don’t. I’m sure many parents will understand the scenario where you’re trying to focus or work on something, and you hear that insistent “Dad look. Dad look. Dad look!” until you finally give in and see what it is that your child is doing. It’s certainly significant to them that you see what they’re accomplishing, whether you think it’s worthy or not. They seem to need your validation and praise for what they’ve done. Nevertheless, I have other moments with my boys, when I’m engaged and watching them, where my youngest will say “Dad don’t see me” or my oldest (despite his speech delay) will say “Dad no watch”. I find they have times when they don’t want me observing them or making a judgement about what they are doing. Almost as if by observing them I am assigning them a particular function or reality that they don’t want to get stuck in. I get the impression that they want to remain in the realm of pure potential and don’t want me to take away any possibilities that they might have. In this particular instance of parenting quandary, I found a parallel in quantum physics.

There is an experiment, first performed over a hundred years ago, called the Double Slit Experiment that has led to numerous theories in quantum mechanics where the power of observation and consciousness have the ability to shape physical reality. In the experiment, scientists shoot different particles (either photons or electrons) at a plate with two slits cut into it and look for a pattern to form on a screen just beyond the plate. In a simple version of the experiment, they always get a result on the screen that resembles an inference pattern of a wave. They conclude from this result that, although they were shooting particles through the slits, instead of acting like ball bearings (which is how they view small particles, as if they’re just tiny balls), the particles really acted like waves. As if the one electron was going, not just through one slit, but both. At the same time! Now, where the experiment goes into another realm of WTF, is when they set a device to watch the slits so they can see if the electron is going through one slit or both or whatever. Incredibly, by putting an observation device at the slits, the particles start acting like ball bearings, in that they only go through one slit and the pattern on the screen changes to an inference pattern of a particle. Without watching how the particles are going through the plate, the particles are able to remain undefined and free to be pure potential. By observing them and expecting a particular outcome, we collapse the particle into just one possibility. If this is true on the quantum level, can we be doing this to our kids too? If we look at our kids too hard and expect them to act a certain way, are we robbing them of their potential?

Being a father in this new millennium I’m sick about how much has changed in parenting since I was a kid. I have clear memories of being in second grade and staying out of the house all day without my mom knowing where I was. She just told me to be home when the streetlights started turning on, and everything was always fine. Now parents get arrested if their kids walk to the park by themselves. The pressure on parents to always keep an eye on their kids is insane, and it goes into even more realms of irrationality because of the digital age too. Most parents think they can monitor their children’s Facebook, email, and texting without any qualms about how it might be unfair to the child. I agree that there is dangerous potential with all of these things (from bullying to online predators) but what about our children’s rights to privacy? On top of that, parents are pressured to provide their kids with more and more activities to keep them busy or prepare them for success later on. I try to let my kids do their own thing most of the time, but I have pressure from outside sources that I have to contend with. My son is only in kindergarten, and the amount of homework he has to do is more than I ever had when I was in first grade! When I was in kindergarten, I never once had homework. We went half days and still had naptime. My son goes the whole day to school and still has to meet requirements on a couple of learning apps on the computer when he gets home. I can’t help feeling bad that he barely has any time alone.

A recent Harvard study I found “suggests that people form lasting memories when they believe they’re experiencing something alone. For example, a child learning a musical instrument may have an easier time remembering the notes and fingerings if they have time alone to practice it.” Perhaps there is not only too much observation on kids, but on parents too. Maybe we would have an easier time raising our kids if we didn’t always feel watched and judged. When it comes to what’s good for our children wouldn’t we want them to have the ability to have limitless potential. By trying to help them ‘succeed’ and always keep them safe, are we really creating the opposite outcome instead? Limiting their potential? According to the von Neumann–Wigner interpretation of the Double Slit Experiment, also described as “Consciousness Causes Collapse Theory”, that “during observation, the wavefunction [free acting particle] describing the system collapses to one of several options. If there is no observation, this collapse does not occur, and none of the options ever becomes less likely.” Why is it when I read this I feel like they’re talking about my kids and not quantum mechanics?

There really hasn’t been many studies related to solitude and how it affects children. Too often solitude is confused with loneliness or neglect, and it just seems to fuel the conviction that children need to be tended to constantly. On the flip side, there are plenty of studies related to overprotective parenting or parents who put pressure on their kids to over achieve in academics or extracurricular activities. Surprisingly, those studies have conflicting results: some say that type of over-parenting is detrimental while other studies show a correlation to success and well-being for the children. I’m not sure which to believe, and I wonder if the studies don’t take enough variables into account. I take a pretty simple approach to handling my kids. When they want me to watch them, I watch. When they tell me to not look, I look away. However, while that part of quantum parenting is easy for me, the part about expectations is harder. Just like when the scientists collapse the particles potential by expecting it to act a certain way, I worry that I’m doing that too often with my kids because I’m expecting them to be a certain way.

With my oldest son, I have years of expecting/hoping he would be like other kids. Besides being a late talker, he had trouble meeting other milestones on time, and both my kids are always on the lower percentiles of growth and weight charts when we have their checkups at the doctor’s. Right now, my youngest is always testing normality with his love of costumes. He likes to go out of the house dressed like Iron Man while wearing fuzzy monkey slippers that are three sizes too big. Just recently he demanded to go out dressed in his Spider Man pajamas (which are too small for him) and I fought with him until I realized I wouldn’t win. I worry what people must think and, because of it, I want him to act normal. He’s wanting to have the option to wear what he wants and I’m trying to regulate him to only one choice. I realize that by limiting how he can be a child I’m keeping myself from being limited as a parent. If I let him dress up when he leaves the house, then I’m letting other people collapse my parenting into one category: inept father. I think I also want to tell people not to watch me. Don’t see how I parent. I don’t want your expectations.

I hope one day to find a book about the quantum physics of parenting, because I think it could be really helpful. In my own way, I will keep coming up with theories about parenting and avoid calling them rules. As a quantum parent, I will endeavor to allow my kids the potential that they deserve and avoid collapsing them into any one thing that I expect them to be. I’d also like to experiment with the possibility of not limiting myself to any one form of parenting possibilities. Maybe there were rules that I once lived by, and maybe they worked up until now. But I’m a parent now and, at this level, the normal rules simply don’t apply.

A blog full of humorous and poignant observations.

Musings of an at-home dad

For fathers, stay at home dads, or parents of late talking children

The best longform stories on the web